Door-to-door Canvassing Guide - It is All Management

All campaign managers, both new and experienced, are often faced with a question, what is canvassing? The question itself goes beyond geolocation, mapping, or door-to-door canvassingsoftware. It is primarily related to the management. Gone are the days when Abraham Lincoln canvassed the rural areas in Illinois to determine travelling salesman patterns. Now, political canvassing involves a full job management, equipped with technology.

When it comes to political canvassing, the whole team is responsible for managing the campaign, rather than it being a task for the campaign manager. Managing such a campaign requires being able to work under the pressure of tight deadlines and uncertainty.

When it comes to the management of a political canvassing campaign, every aspect is important. Consider the failure of Hillary Clinton in the 2016 presidential election. She was surrounded by the professionals hired to promote her candidacy. Her management team received large salaries and bonuses, while famous singers were invited to make appearances with her. Clinton’s campaign involved a lot of money and promotion efforts; however, the managers hired for her door-to-door canvassing teams were not hard-working enough to manage the campaign efficiently and effectively.

According to an article published in the Huffington Post, Clinton’s management sent canvassers to a “burned down trailer park” in the state of Michigan, since they did not confirm the location was empty before the canvassing team arrived there. Not surprisingly, Clinton lost Michigan. Nevertheless, Trump’s canvassing effort were not more efficient. Before the election, Trump’s management located in Michigan neither knew what door-to-door canvassing was nor had a canvassing app or other political campaign software.

Conversely, often canvassing management is appointed based on personal preferences of a campaign owner instead of certain skill set. The canvassing team follows the order of a campaign

manager, and if that manager does not possess the required skills, he or she will be making mistakes. Firstly, the manager might select a wrong area for canvassing. Often, canvassing teams are not aware of commercial zones broadcast on TV and they have to select areas based on a hunch. Ordinarily, sometimes the choice of an area depends on the past voting records, which makes it less random.

For a manager to successfully determine the canvassing area, he or she needs to synchronize with TV and radio commercials. To avoid problematic situations, as in the above mentioned example of Clinton’s campaign, the manager has to visit the neighborhoods, several days before the campaign begins, to become familiar with the area and record anything that seems off about it. Moreover, the canvassing team must notice shifts in public opinion to decide whether the door-to-door canvassing should be executed at all.

Scale Campaign has developed a proprietary data mining, social media analytical software that can create heat maps based on a specific topic or political support daily. The heat map is created based on the graphic database relations a voter has with other entities surrounding him or her. Being able to interpret a heat map, a canvassing team can make rational daily decisions on which areas to visit and which to avoid. 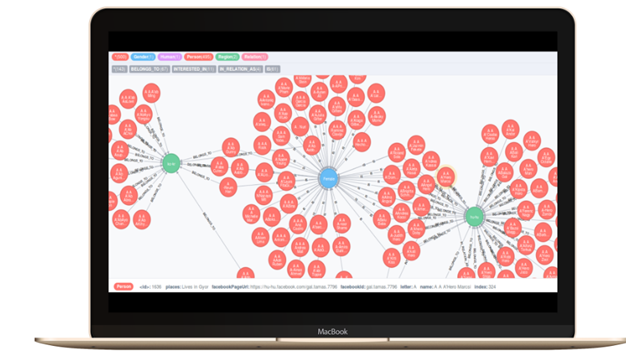 Besides place, time can also pose a problem when preparing for door-to-door canvassing. A campaign manager has to prepare a large number of canvassing materials and walk lists, as well as calculate geolocation to convert addresses to latitude and longitude.

Technological advances complicated the use of maps and people’s understanding of complicated software. Nevertheless, using paper walk lists can be very boring to utilize and difficult to produce, as they only consist of textual information presented on multiple pages.

Fortunately, the problem with walk lists can be solved by canvassing software tool Walk Lists which can immediately produce multiple pages of a PDF document displaying walk lists and color geolocation maps including map markers and voter info.

As an example, Walk Lists can produce canvassing walk lists and distribute those to every precinct delegate of a large county including more than 200 precincts within several hours. If a canvassing team was to perform the same operation manually, it would take a team of seven almost a week to complete it. In addition, if canvassers do not show up, all the efforts they have done up to that point will be gone.

Another way for a campaign manager to use technology to save time is to get latitude and longitude from address in advance and attach the information to the voter files. This simple operation can save a lot of time since live batch geocoders take seconds to process a single address.