An address is composed by several elements, such street number, street name, city name, state name, zip code, country. These address components are extremely important in batch geocoding and reverse geocoding processes. All these address elements can be considered as address tokens and very often such an address token can be parsed in more columns in the output file after running the batch geocoding process. The previously mentioned elements for an address are considered as primary address unit designators. But there are also several elements that are considered as secondary address unit designators.

Taking an example, we can have the address “1455 Market St #400, San Francisco, CA 94103, United States”, where “#400” is a secondary designator address. However, even if this second address designator is used during the batch geocoding process or it is eliminated, the coordinates obtained are the same. 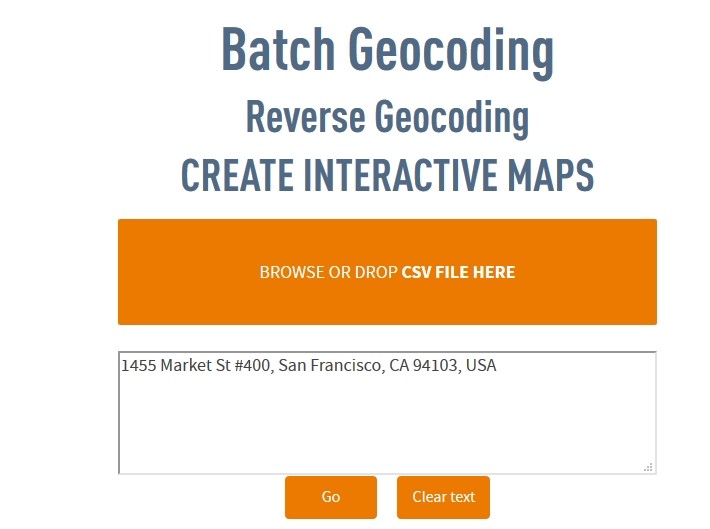 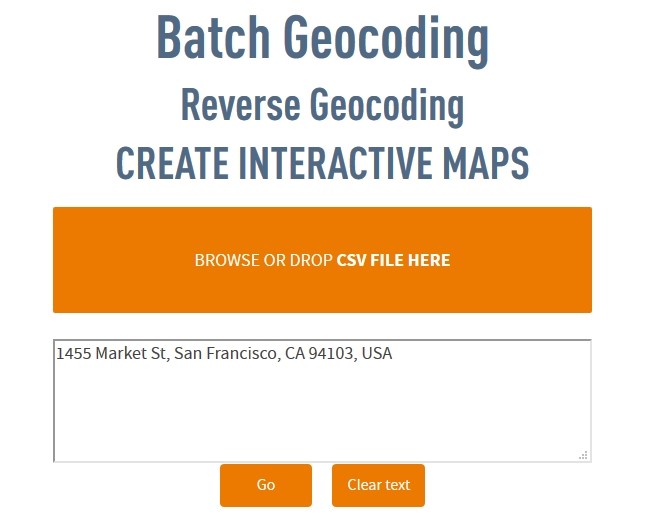 On the other hand, if the second designators includes Apartment (APT), Basement (BSMT), Floor (FL) or Lobby (LBBY), the coordinates may change as a consequence of introducing the third element for a location, namely altitude. Otherwise, while keeping only the 2D geolocation, the coordinates obtained during the geocoding process will be the same even if secondary designators for an address are used.

The address token composition in CSV2GEO is very flexible since one address token can be spread across multiple columns in the table. Consequently, street name can be spread across three columns instead of being the entire name in only one column. However, the geocoding process is not affected by the way of address tokens is spread across the table. Consequently, even if street number or street name is included in more than one column per each address token, the geocoding process will run correctly and will provide the correct coordinates at the end for the desired location. As for the secondary designators for the unit address, they may change a little bit the geographic coordinates obtained only in those situations when these secondary designators refer to altitude as feature for geographic location. The altitude in this case refers to the height of the address, as for example basement, floor etc.

The fact that the address token composition for the input files when using CSV2GEO tool is very flexible helps users to run smoothly and effectively the geocoding process. Moreover, different types of input files can be used at CSV2GEO without the need to edit those files into a certain format in order to run in the CSV2GEO geocoder.